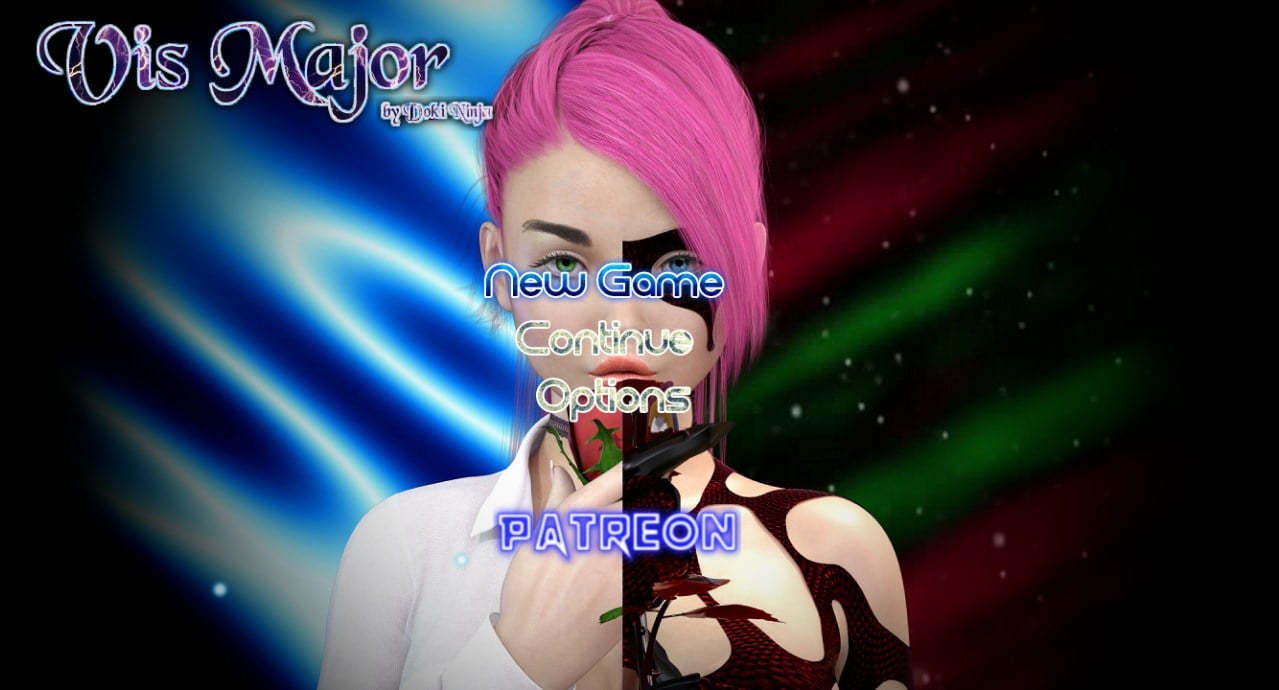 You’ll assume the role of a special girl – Cara. The game starts with a short introduction on where she came from. This will allow You to choose some of her skills to start with. After that, you will take control of her daily life, where she will have go on a revenge quest and uncover her origin. You will be the one to carve her path, as you are this worlds “Vis Major”.

I have two game endings currently planned -True End and Normal End. Plus a couple of Bad Ends.

You’ll be going through the main mission, making the decisions based on the skills you have unlocked.

At the same time, you can improve these skills by completing sub-quests and multiple jobs the game will have to offer.

There are 4 skills I currently have in the game (more may be added later): Naivety, Shamelessness, Submissiveness and a non-usable (during the choices) skill that you will have to find yourself.

You can find them all in the skills menu once unlocked.

The skill based choices are color coded and will add points to the skill if used (further advancing the skill).

Note: The Intro makes you choose between one of the two skills. Later in the game, you can have them both at the same time.

You will play as Cara, the main heroine. During the intro, you will also play as her Father, who will later appear in the game as a side character (you can skip some of the intro).

Secondary characters include, but are not limited to – A new friend, Father, his colleague, Five Bosses. The End Game villain.