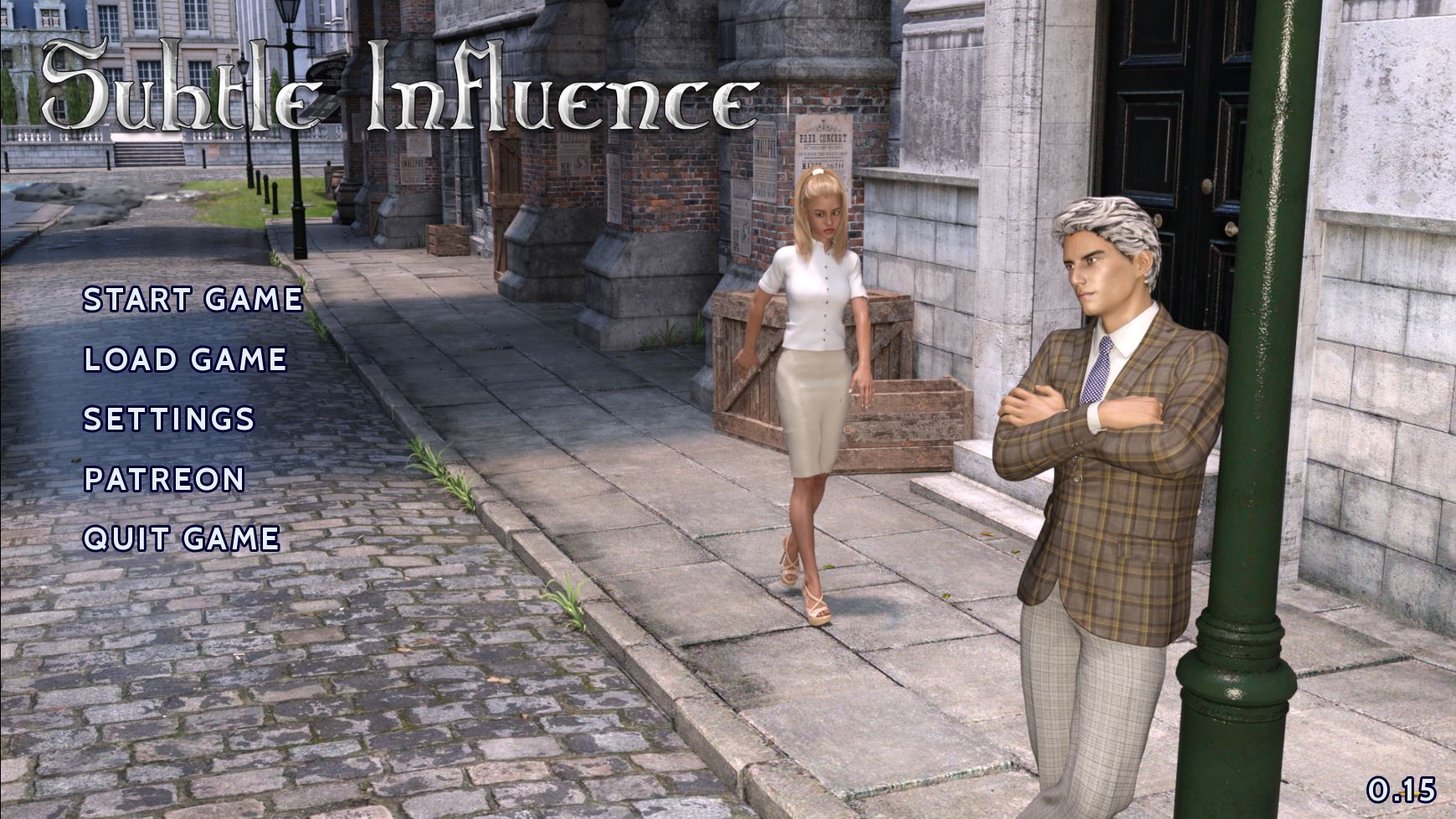 Subtle Influence is a game revolving around the corruption / mind control genre. It is a simple point-and-click adventure game driven by dialogue and story elements with slight role-playing mechanics infused in. There are different locations to travel to, characters to meet and interact at various times of day and activities that you can perform.

There is a general storyline that you can follow, however choices that you make throughout the game will determine the type of ending you will receive as a result.

– You should now be able to Save / Load / Rollback properly.

– You should now be able to make adjustments to text flow.

– The menu icon should now be working properly.

– Adjusted the icon positions (and they now include hover text).

– Added one new corruption checkpoint for Phoebe (with dialogue).

– Removed Tracy’s second scene (to be improved for a future update).

– Removed Brittany and Katie’s interactions (to be improved for a future update).

– Katie’s encounter is still included and should also be working properly.

– You must now sleep to advance to the next day.

– You cannot sleep until it is night time.

– Bedroom actions can only be done once a day, and will advance time once.

– Teaching and occult research can only be done once a day, in the morning, and will advance time twice.

– Teaching and occult research cannot be done at night.

– Phoebe and Tracy’s rooms are inaccessible at night.

– The school is inaccessible at night.

– The game should no longer lock up upon reaching maximum corruption.

– Tracy’s interaction in the bathroom should now work properly.

– Tracy should no longer disappear after corrupting and talking to her in the kitchen.