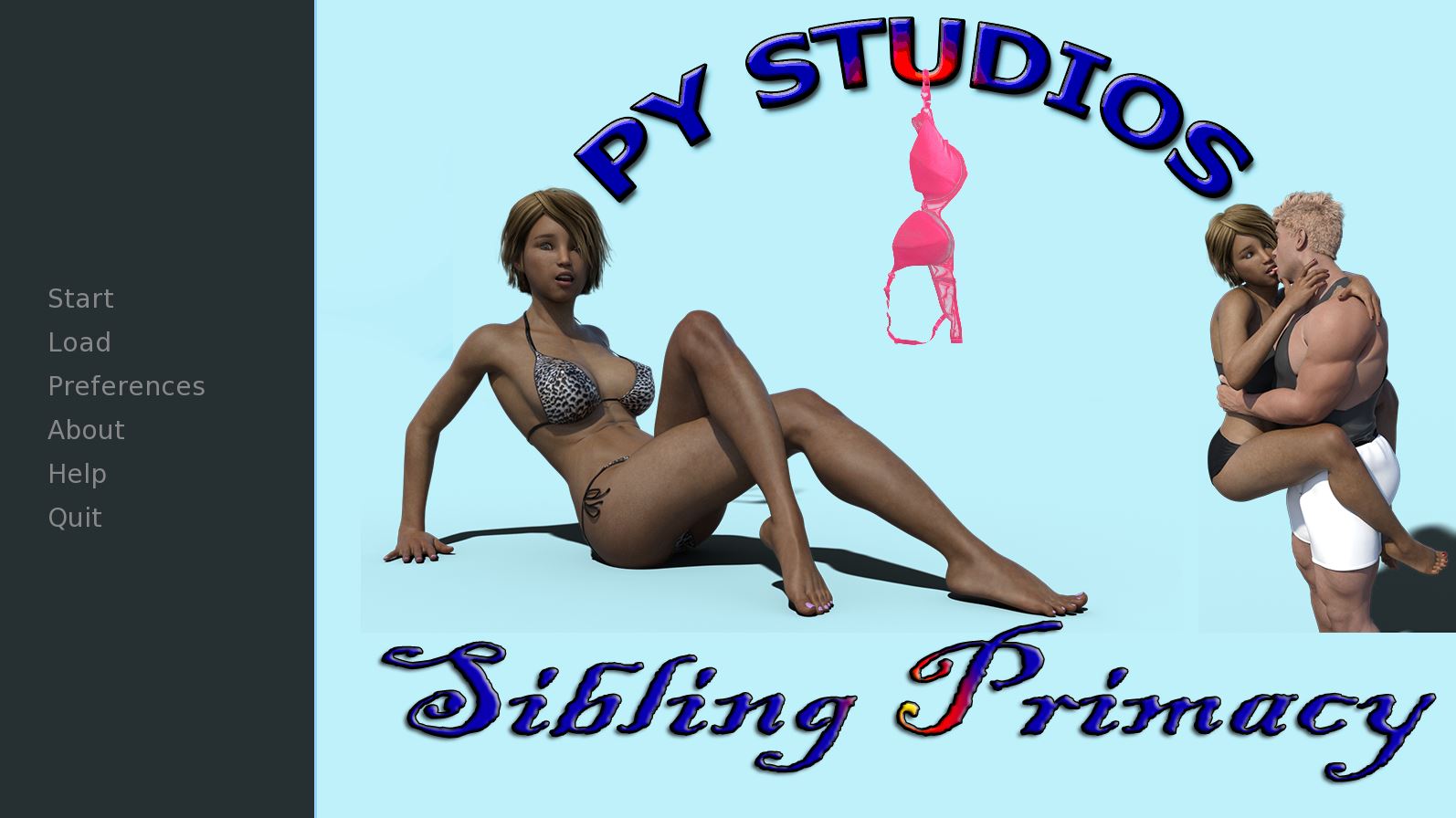 Sibling Primacy is about a young actor and his sis.

Their grandmother just past away and their mother went away to make arrangements for the funeral and care for the widowed grandfather until he could be placed in a nursing home.

The sis had failed her senior year of high school and with only a few weeks of summer school left.

The bro convinces the school to let her finish in Spain where he is filming a movie but his sis has other things on her mind.

Mostly programing changes, the iPhone received a makeover reducing the apps
to mostly the ones that work or are under development. I added the girls
stats under the Contacts app. The calendar has a makeover and the weekday,
day of the month and month are shown in the upper right corner of the screen.
Code inputs are required now to access Taboo or Extra scenes and if enough
people request it I may add another code for some really taboo scenes.
To access the taboo edition input case sensitive without quotes,
“Incest is best”