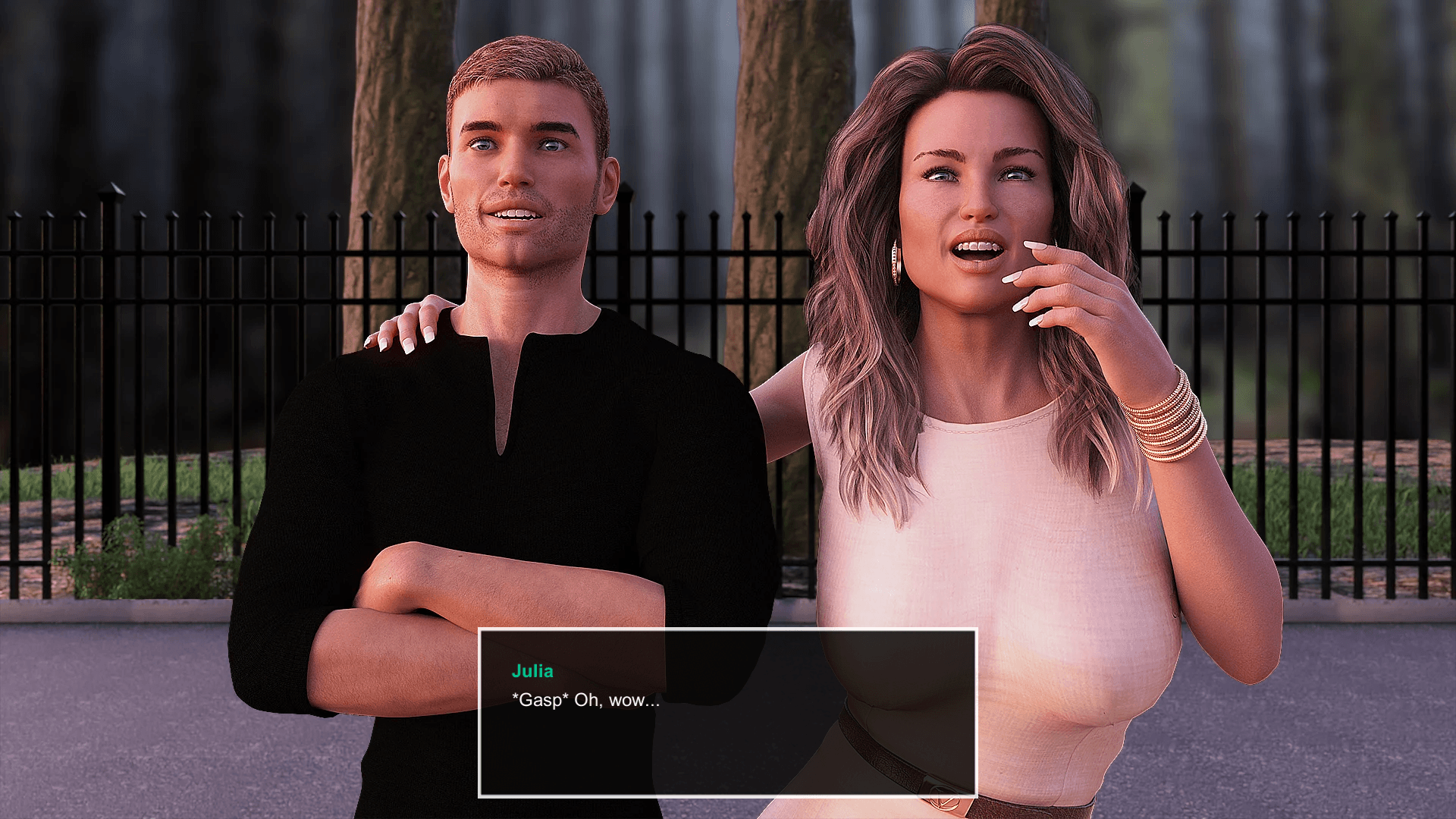 In ancient woods the realms collide and thus the veil wears thin,
Spirits dwell and dreams shall haunt all those who stay within.
So take great heed and turn away when myst devours your sight,
Lest you get caught and forevermore lie trapped in endless night.​

Here’s the new release. In this version most of the tutorial and management mechanics are completed. After unlocking Amber, there isn’t a lot to do yet, but starting next update you will be able to receive more guests, go up to the next hotel level. and build some new rooms (and of course, see the corresponding scenes and outfits).
Please note that previous savegames will not work, but you can now skip the intro if you don’t want to play through it again.
This was the last update that needed a lot of coding for a while. The base mechanics are implemented, so starting next update we will finally leave the “demo” phase and get to the “real thing”. It will be the first big content update (v.0.1.0) and I expect it to be finished in 4 weeks from now!
Story:
Finished to hotel management introduction.
Added images and outfits for all current scenes and rooms.
Amber can now be unlocked as a staff member!
Added the first “real” guest.
Added the renders for two new rooms, the restaurant, and the bar.
These can not be unlocked yet (as you need hotel level 2 for that), but this will be possible in the next update.
Gameplay/UI:
Added an option to skip the intro, you will get a random starting tarot card.
Added a button that hides the UI.
(Auto and skip will be icons in a later update, there will also be a dialog log.)
Implemented the progress tab on the staff profile, showing all special events for each girl.
Right now, it’s just the nipple slip scene with Julia, but more will be added next update.
Added collectible rewards for each set of progression events.
The first tier and its rewards for Julia should be available in the next update.
Added a replay option: Click any completed progression event to view it again.
Finished the guest encounter, now resulting in a satisfaction score.
If you fail to reach the required score, the encounter for that guest will fail.
When you fail 3 times, the guest will leave the hotel without paying.
Implemented guest check out. If a guest completes their stay, you will get the rewards listed on the guest profile.
Implemented hotel attributes (so far only housekeeping will be visible, the others will be introduced later in the story).
Added tooltips for all stats and most navigation buttons.
You can now save on the activity screen as well (and at night).
Updated the staff, guest and room tooltip designs.
Added a Spanish translation.