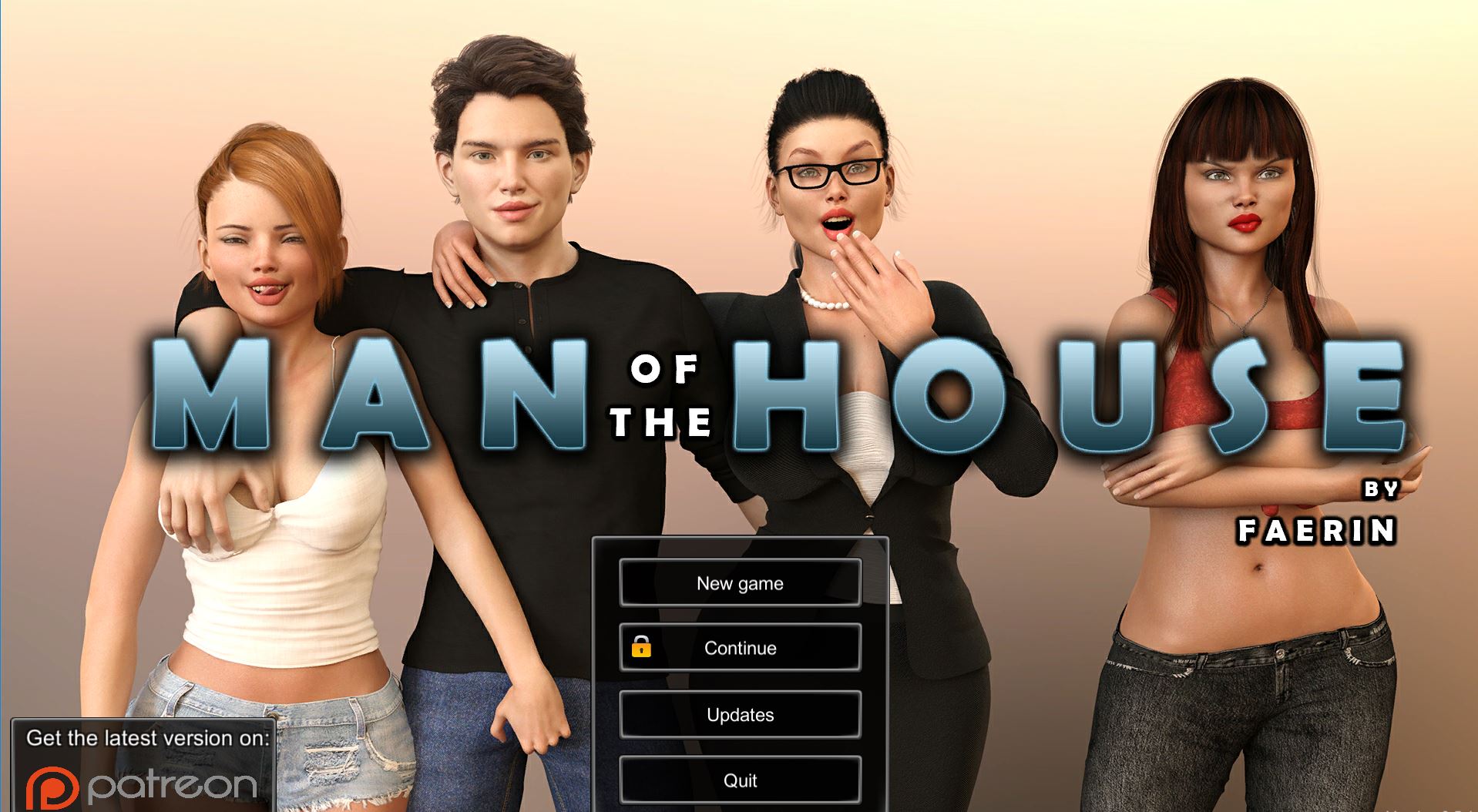 In this game you will play as a young adult, who is living together with his attractive (step*)mom and 2 hot (step*)sisters, in a city filled with even more gorgeous women!

Each NPC has their own storyline and you get to decide when and where you would like to explore and which girl you want to pursue. Every update will expand on existing storylines, but also on adding new locations, girls, jobs, events, etc.

* Depending on your preferences.

Hey guys, the final version of Man of the House is finished!
Like I said before, this doesn’t mean there won’t be any future updates, but for now I will start focusing on the development of my new game.
This update adds the last remaining ending, plus a very special bonus ending.
Thank you all for your support over the last 2 years and enjoy the update!
New content
Added a new ending for Diane (with 6 new animations).
Added a new bonus ending for (with 8 new animations).
Added a cosplay collectable.
Gameplay
Added a confirm dialog to the unlock memories button in the cheat console.
Bug fixes
Fixed a lot of minor bugs and typos again. Thanks for all the feedback & bug reports guys!
Global
Finalized preparations for the Steam release!
Have fun with the new version!
Feedback is appreciated, as always!
All the best,
Faerin