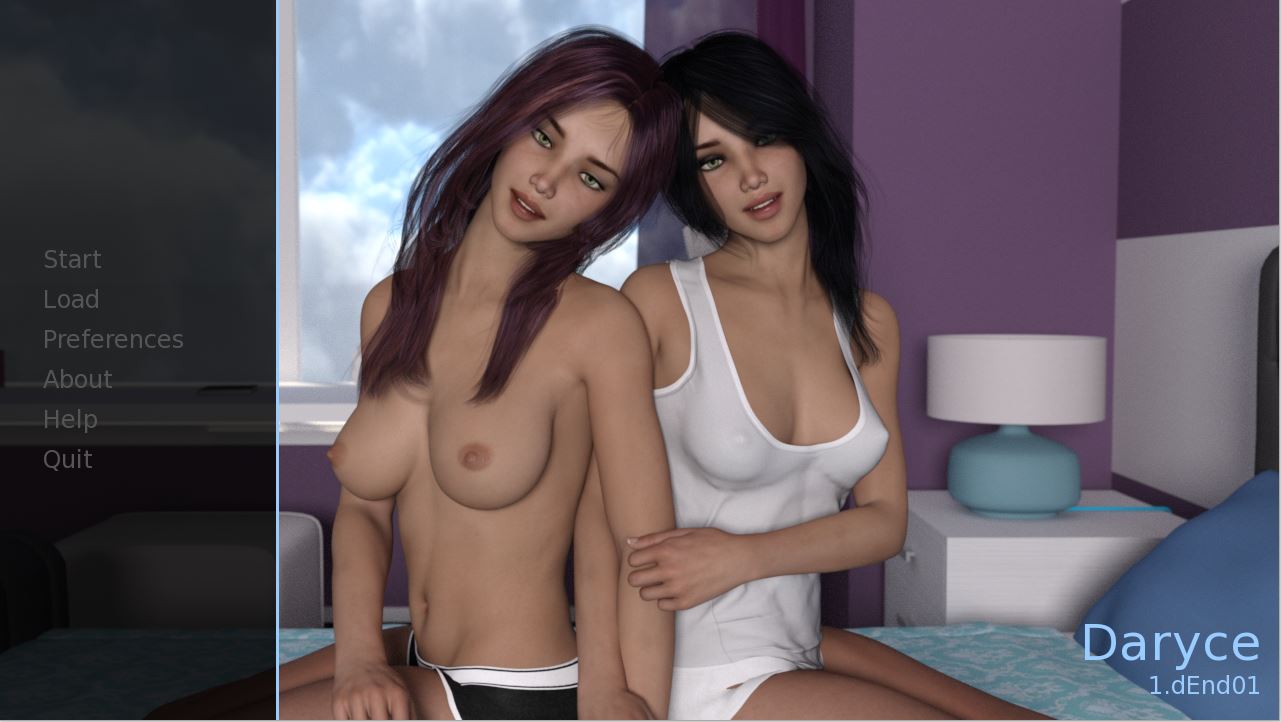 This story revolves around Daryce during the time when she was informed that her parents had decided to divorce. She came to your place one late night, like many other nights, Seeking some companionship. This marks the start of your story with her. There will be choices determining how you end up with her in the story, with a similar relationship system from Ethan’s Legacy. Releases will be episodic, updated weekly along with the releases from Ethan’s Legacy.

Okay, first of all, I have to apologize on one particular thing :

I can’t finish all 3 endings at the same time.

There’s a particular reason for that. Mainly, it’s because the first ending that I made is too big in terms of the size of an update for Daryce (It’s slightly bigger from the usual update.)

My initial plan was to make all 3 endings small and achieve-able in the size of a single update, but I decided to do the endings for each character to be a longer and more.. well.. interactive, in a way. Think of the adult scene in this particular update as a small experiment for Ethan’s legacy sex scenes to come.

So, please understand, I don’t have intentions to be lazy or anything of the sort. The current update still adheres to previous update’s size, in fact, it’s actually bigger, but I did say that I want to finish things up with Daryce this month, which I failed to achieve.

This update only contains Daryce’s ending (Which is ending 01). In case you don’t know how to access her ending, she needs to come and wake you up in your room, then you need to choose (Hold her/ Don’t let her go.) The game will continue instead of end after that.

The second ending, (Dennise’s ending) will come next month. I’ll do my best to release the other endings ASAP, but Ethan’s legacy is my main priority. We’ll see how things end up in the future.